The Sunyaev Zel'dovich (SZ) effect from galaxy clusters is one of the most powerful cosmological tools for investigating the large-scale Universe. The big advantage of the SZ effect is its redshift independence, which is not the case for visible and X-ray observations. It allows us to directly estimate the cluster's total mass from the integrated comptonization parameter Y, even for distant clusters. However, not having a full knowing intra-cluster medium (ICM) physics can affect the results. By taking self-similar temperature and density profiles of the ICM into account, we studied how different ICM morphologies can affect the cluster total mass estimation. With the help of the high percentage of cool core (CC) clusters, as observed so far, the present analysis focuses on studying this class of objects. A sample of eight nearby (0.1 < z < 0.5) and high-mass (M > 1014 M⊙) clusters observed by Chandra was considered. We simulated SZ observations of these clusters through X-ray derived information and analyzed the mock SZ data again with the simplistic assumption of an isothermal beta-model profile for the ICM. The bias on the recovered cluster total mass using different sets of assumptions is estimated to be 50% higher in the case of hydrostatic equilibrium. Possible contributions to the total bias due to the line-of-sight integration and the considered ICM template are taken into account. The large biases on total mass recovery firmly support, if still necessary, cluster modeling based on more sophisticated universal profiles as derived by X-ray observations of local objects and hydrodynamical simulations. 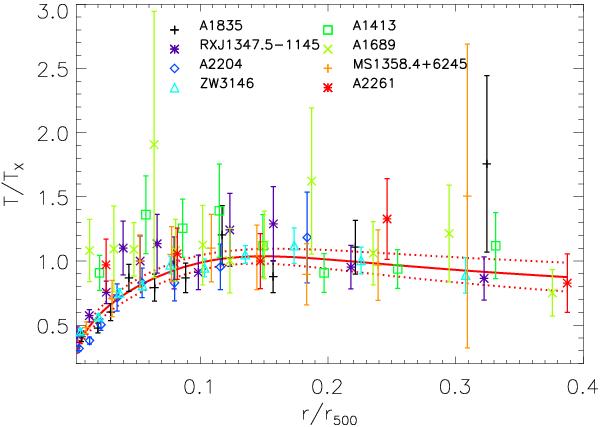