High angular resolution detection of β Pictoris b at 2.18 μm

Context. A giant planet was recently discovered around the young star . This planet is the closest to its parent star ever imaged. With an estimated mass of about 9 MJup and separation of 8-15 AU, it explains most of the peculiarities of and its disk.
Aims: Previous detections were made in the L' band (3.8 μm) and at 4.05 μm. We recorded new Ks-band data (2.18 μm) in order to measure its color and get an additional estimate of its mass and effective temperature
Methods: Angular differential Ks-band images of were recorded with NaCo in March and April 2010.
Results: The companion is detected at Ks. This independently confirms the physical nature of inferred from the L' and NB_4.05 bands. The increase of the projected separation between October-December 2009 and April 2010 observations is consistent within error bars with the expected orbital motion. Using the absolute Ks photometry, "hot start" evolutionary models predict a mass of 7-11 MJup in agreement with previous estimates. Moreover, this mass is compatible with Teff = 1700 ± 300 K derived from the comparison of the Ks - L' color with those generated using synthetic spectra. 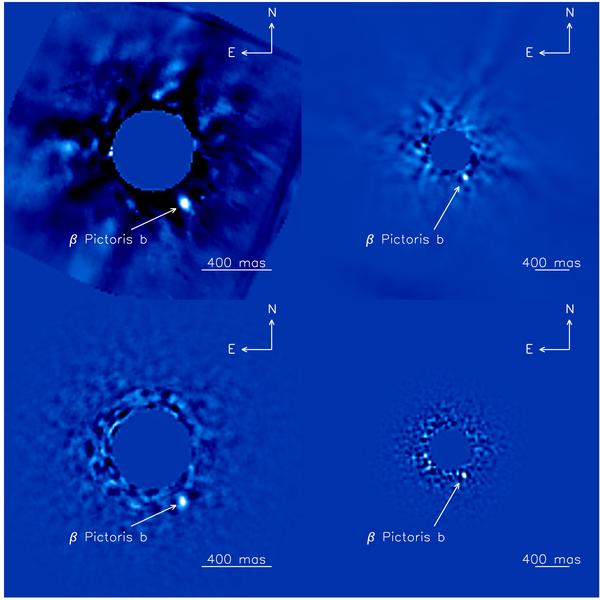