We present light curves and periods of 53 candidates for short period eclipsing binary stars identified by SuperWASP. These include 48 newly identified objects with periods <2 × 104 s (~0.23 d), as well as the shortest period binary known with main sequence components (GSC2314-0530 = 1SWASP J022050.85 + 332047.6) and four other previously known W UMa stars (although the previously reported periods for two of these four are shown to be incorrect). The period distribution of main sequence contact binaries shows a sharp cut-off at a lower limit of around 0.22 d, but until now, very few systems were known close to this limit. These new candidates will therefore be important for understanding the evolution of low mass stars and to allow investigation of the cause of the period cut-off.

Figure 2 is only available in electronic form at http://www.aanda.org 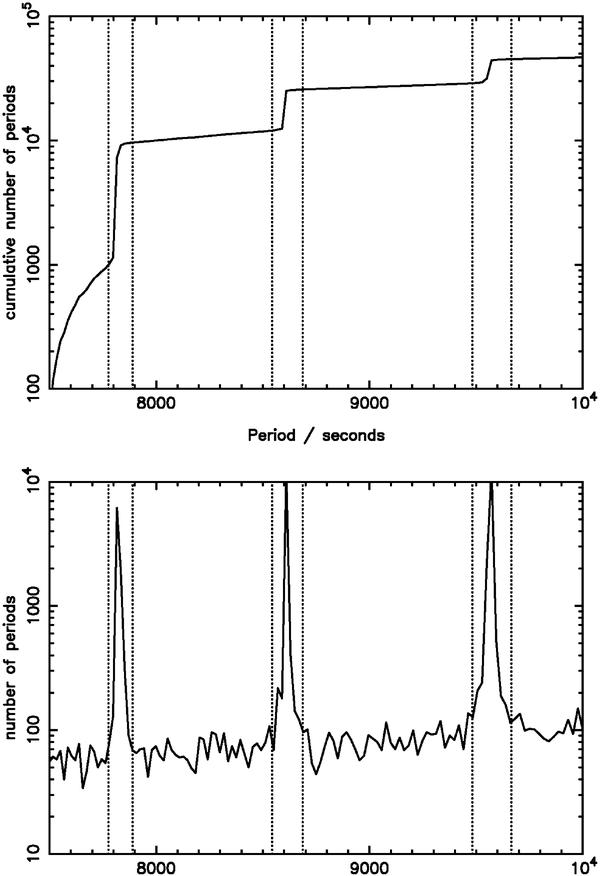