The galaxy population of Abell 1367: photometric and spectroscopic data


Aims: Photometric and spectroscopic observations of the galaxy population of the galaxy cluster Abell 1367 have been obtained, over a field of 34' × 90', covering the cluster centre out to a radius of ~2.2 Mpc. Optical broad- and narrow-band imaging was used to determine galaxy luminosities, diameters and morphologies, and to study current star formation activity of a sample of cluster galaxies. Near-infrared imaging was obtained to estimate integrated stellar masses, and to aid the determination of mean stellar ages and metallicities for the future investigation of the star formation history of those galaxies. Optical spectroscopic observations were also taken, to confirm cluster membership of galaxies in the sample through their recession velocities. Methods.U, B and R broad-band and Hα narrow-band imaging observations were carried out using the Wide Field Camera (WFC) on the 2.5 m Isaac Newton Telescope on La Palma, covering the field described above. J and K near-infrared imaging was obtained using the Wide Field Camera (WFCAM) on the 3.8 m UK Infrared Telescope on Mauna Kea, covering a somewhat smaller field of 0.75 square degrees on the cluster centre. The spectroscopic observations were carried out using a multifibre spectrograph (WYFFOS) on the 4.2 m William Herschel Telecope on La Palma, over the same field as the optical imaging observations.
Results: Our photometric data give optical and near-infrared isophotal magnitudes for 303 galaxies in our survey regions, down to stated diameter and B-band magnitude limits, determined within R24 isophotal diameters. Our spectroscopic data of 328 objects provide 84 galaxies with detections of emission and/or absorption lines. Combining these with published spectroscopic data gives 126 galaxies within our sample for which recession velocities are known. Of these, 72 galaxies are confirmed as cluster members of Abell 1367, 11 of which are identified in this study and 61 are reported in the literature. Hα equivalent widths and fluxes are presented for all cluster galaxies with detected line emission.
Conclusions: Spectroscopic and photometric data are presented for galaxies in the nearby cluster Abell 1367, as the first stage of a study of their stellar population and star formation properties.

Based on observations made with the Isaac Newton Telescope and the William Herschel Telescope, operated on the island of La Palma by the Isaac Newton Group in the Spanish Observatorio del Roque de los Muchachos of the Instituto de Astrofísica de Canarias and the United Kingdom Infra-Red Telescope operated on Mauna Kea, Hawaii by the Joint Astronomy Centre.Tables 8-11 are also available in electronic form at the CDS via anonymous ftp to cdsarc.u-strasbg.fr (130.79.128.5) or via http://cdsarc.u-strasbg.fr/viz-bin/qcat?J/A+A/527/A101 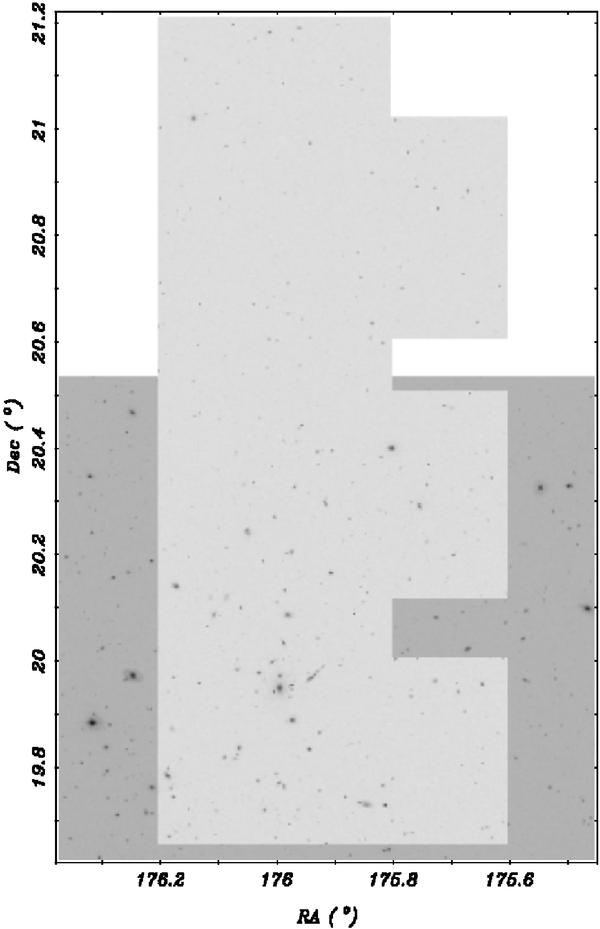