The 22 May 2007 B-class flare: new insights from Hinode observations

We present multi-wavelength observations of a small B-class flare which occurred on the Sun on 2007 May 22. The observations include data from Hinode, GOES, TRACE and the Nobeyama Radioheliograph. We obtained spatially and spectrally-resolved information from the Hinode EUV Imaging Spectrometer (EIS) during this event. The temporal and temperature coverage of the EIS observations provides new insights into our understanding of chromospheric evaporation and cooling. The flare showed many “typical” features, such as brightenings in the ribbons, hot (10 MK) loop emission and subsequent cooling. We also observed a new feature, strong (up to 170 km s-1) blue-shifted emission in lines formed around 2-3 MK, located at the footpoints of the 10 MK coronal emission and within the ribbons. Electron densities at 2 MK in the kernels are high, of the order of 1011 cm-3, suggesting a very narrow layer where the chromospheric evaporation occurs. We have run a non-equilibrium hydrodynamic numerical simulation using the HYDRAD code to study the cooling of the 10 MK plasma, finding good agreement between the predicted and observed temperatures, densities and ion populations. Line blending for some potentially useful diagnostic lines for flares, which are observed with Hinode/EIS, is also discussed. 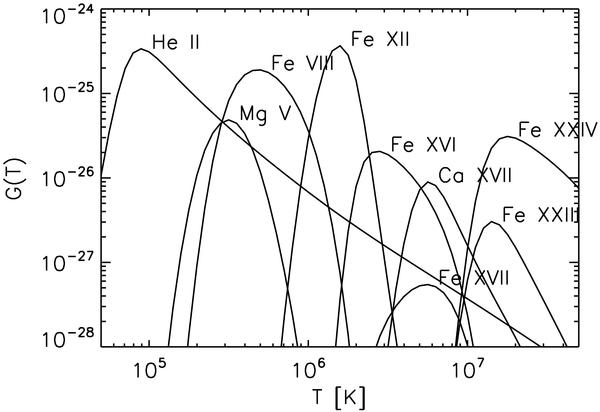