Flares are known to restructure the magnetic field in the corona and to accelerate the gas between the field lines, but their effect on the photosphere is less well studied. New data of the Solar Optical Telescope (SOT) onboard Hinode provide unprecedented opportunity to uncover the photospheric effect of a solar flare, which associates with an active region NOAA AR 10930 on 2006 December 13. We find a clear lateral displacement of sunspot penumbral regions scanned by two flare ribbons. In the impulsive phase of the flare, the flare ribbons scan the sunspot at a speed of around 18 km/s, derived from Ca II and G-band images. We find instantaneous horizontal shear of penumbral fibrils, with initial velocities of about 1.6 km/s, produced when a flare ribbon passes over them. This velocity decreases rapidly at first, then gradually decays, so that about one hour later, the fibrils return to a new equilibrium. During the one hour interval, the total displacement of these fibrils is around 2.0 Mm, with an average shear velocity of 0.55 km/s. This lateral motion of the penumbral fibrils indicates that the magnetic footpoints of these field lines being rearranged in the corona also move. 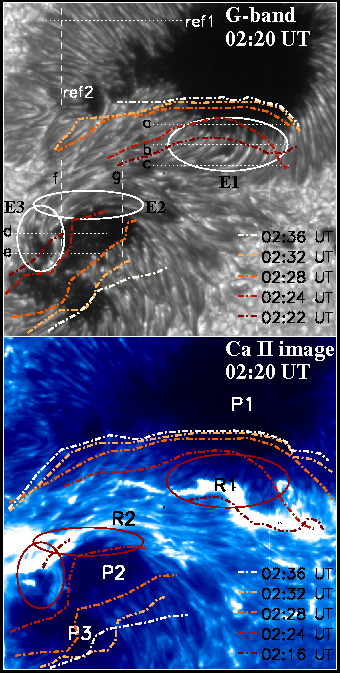