How did the Sun affect the climate when life evolved on the Earth?

Using kappa Ceti as a proxy for the young Sun we show that not only was the young Sun much more effective in protecting the Earth environment from galactic cosmic rays than the present day Sun; it also had flare and corona mass ejection rates up to three orders of magnitude larger than the present day Sun. The reduction in the galactic cosmic ray influx caused by the young Sun's enhanced shielding capability has been suggested as a solution to what is known as the faint young Sun paradox, i.e. the fact that the luminosity of the young Sun was only around 75% of its present value when life started to evolve on our planet around four billion years ago. This suggestion relies on the hypothesis that the changing solar activity results in a changing influx of galactic cosmic rays to the Earth, which results in a changing low-altitude cloud coverage and thus a changing climate. Here we show how the larger corona mass ejection rates of the young Sun would have had an effect on the climate with a magnitude similar to the enhanced shielding capability of the young Sun. 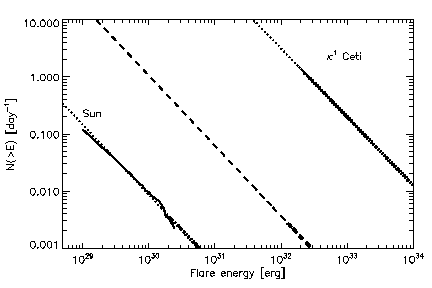