The Fractal Distribution of Galaxies and the Transition to Homogeneity

There is an ongoing debate in cosmology about the value of the length scale at which ``homogeneity'' in the matter distribution is reached or even if such a scale exists. In the wake of this debate, we intend in this Letter to clarify the meaning of the statement transition to homogeneity and of the concept of correlation length. We show that there are two scales, each associated with the fractal and with the homogeneous regimes of the matter distribution, respectively. The distinction between both scales has deep consequences, for there can be a regime that, despite having small fluctuations around the average density, exhibits large clusters of galaxies. 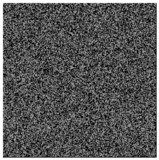